Generally, in the context of shamanic culture, illness or disease was seen as arising from a disharmony or break in the natural and moral order of the world, as well as from an imbalance in and weakening of the personal energy field of the human individual. The energies within the individual and those outside oneself in the natural environment must be brought into balance and into harmonious interaction.

​This balance and harmony existed primordially, from the beginning of time, but has been interrupted and shattered by the thoughtless and sinful actions of mankind. To rediscover and re-establish this lost primordial harmony, all obsessive and negative thinking which serves to block the free flow of the energy within the individual must be dissolved. In this way, the individual can come into the realization of his full innate potentiality, manifesting his energy in the world about him without disrupting the natural order of things.

In such a case, it was then necessary to call in an expert healer or shaman in order to re-establish the primordial harmony existing between humanity and nature, thereby effecting a cure and a healing. How much more extreme are the assaults of rampant pollution and pervasive environmental destruction currently underway? What vibrational ripples do our unhappy, aggressive, and misguided thoughts, actions, and emotions spread into our world?
​
In our state of planetary crisis, much of humanity has lost all sense of respect and stewardship for ourselves, others, our communities, the natural order, and especially our nourishment. Even less attention is given to the the spiritual dimensions of our world, being mostly invisible to distracted minds hypnotized by materialistic dogma and goaded by undisciplined emotions.

This is exactly where a range of Earth healing responses are critically important, and we are honored to be able to implement, share and teach such age old wisdom techniques.

At OKL, we are maintaining and reviving practical applications of best methods from a variety of eco-spiritual world traditions. From East and West, North and South, ancient and recent, the wise ways are now being collected together and made available for young and old to step up together to assist in healing our planet!

Consider such an ancient holistic perspective: Humanity is not alone in this world. Earth itself a living organism in its totality, is surrounded by, and suffused throughout, with an aura of energy that is like an atmosphere or ocean. Nature spirits live in this dimension of the energy of our planet, like fish living in the waters of the sea. Disturbed and offended by the thoughtless destructive actions of mankind, such as the ploughing up of the soils, the cutting down of the forests, the damming of streams and rivers, the polluting of lakes, and so on, they inflict illness upon an erring mankind as a terrible retribution. Since these nature spirits are energy beings, they can directly affect the energy of the individual and his/her immune system (which is correlated with one's personal energy field). 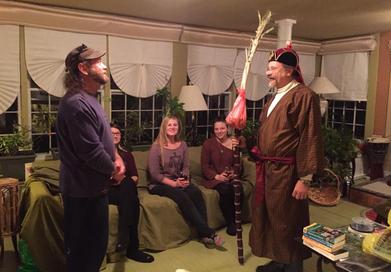 Since before the advent of civilization, humans have had an impact on a wide spectrum of Pranic (subtle energy) fields of this planet, for better and often for worse. Even modern medicine finally is seeing the scientific proof for inter-contentedness of mind and body, with scholars researching the web between living systems. Shamans on hospital staff are still a rare occurrence. In ancient and earth-sensitive cultures, these subtle yet real dimensions were clearly and daily acknowledged. It was believed that due to the destruction of the harmony of the natural environment by human groups and individuals, that diseases can come into manifestation in our lives. 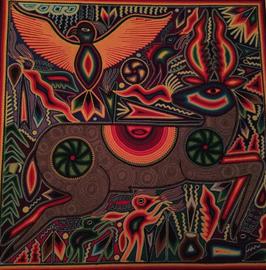